My name is Carolyn Sohier. You may remember me as the singer and actress—or diva as some call me—in Rick Bettencourt’s novel Tim on Broadway.  Well, I’m taking over Rick’s blog this week to tell you about his work in progress called Carolyn’s Turn. 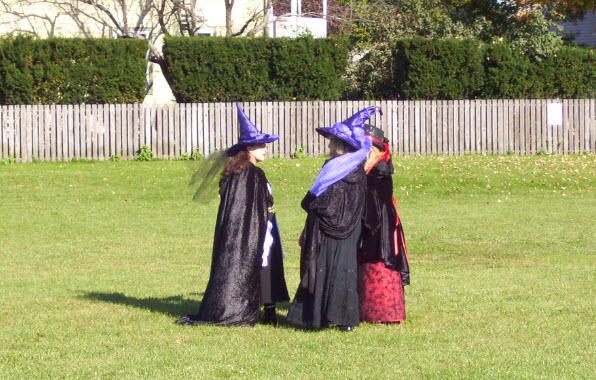 Salem witchcraft and magic aside, I haven’t always been so lucky. Tim Benton, the main character in Tim on Broadway and a Salem native, paints me as a goddess. While I’m grateful for the stardom and attention I’ve received over the years, it came at a price.

Being that my name is front-and-center (more on that terminology at another time) in the title of Rick’s book, you probably gathered that it stars me. The novel traces the beginnings of my career. Salem, Massachusetts and other parts of New England figure prominently—almost as there own characters—in the story.

You see, when I first started out in show business I didn’t have it so easy. In Carolyn’s Turn, Rick lovingly writes my tale and adds a little magic…well, magical realism…from two “real” Salem witches also cast in the book. Rick weaves it all into the making of my first movie Witches of Salem, filmed in the Greater Boston, Massachusetts area as well as other parts of New England.

The Hawthorne Hotel, one of the finest hotels in Salem, sets the stage for the opening chapters. There you’ll find the cast and crew of Witches of Salem staying during the making of the movie, filmed in locations such as Bridge Street Neck (hello, Coffee Time), and the Salem Willows.

Ah! To think. Back then. It was 1999…early 2000s. Salem, Massachusetts wasn’t as popular as it is now and neither was I! Cell phones weren’t smart and we still read newspapers—more frequently anyway—like the Salem Evening News.

All it took was a little magic for me to get my turn.

P.S. Here’s my creator, in full Salem, Massachusetts attire, taking a break from penning my tale.

Read by managers, life coaches, sales personnel, and many in the financial industry, you can start creating magic for yourself too by capitalizing on this life changing opportunity of thinking BIG! Click here to learn more about The Magic of Thinking Really, Really Big in the Internet Era.

1 Response to Salem Witchcraft, Magic, and Massachusetts in this New Novel #amwriting #wip